I caused a car accident in Virginia. What happens now? 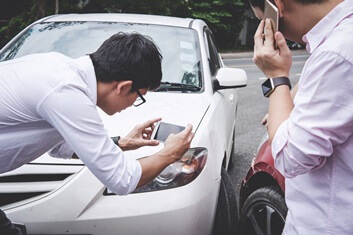 If you’ve negligently caused a car accident in Virginia, the victim will generally file a claim with your auto insurance company for medical expenses, property damage, lost income, and pain and suffering. If the claimant can show evidence of your negligence and liability, your insurer may pay the claim, but you might be responsible for a deductible amount. Your premium rates could also increase due to your responsibility for the wreck.

The Injured Victim Must Prove Negligence

Every motorist on the road owes a duty of care to every other motorist. This means you’re required to obey traffic laws and operate your vehicle safely. If you breach this duty and cause an accident that injures another driver or their passengers, you could be found negligent and liable for all damages resulting from the crash. The burden of proving your negligence is on the victim who was injured in the accident.

If the wreck is a fender-bender resulting in minor property damage and no serious injury or lost income, lawyers might not be needed to settle the claim. If, however, there is major property damage and serious injury resulting in high medical expenses and significant lost income, the plaintiff will probably hire a lawyer to seek compensation from your insurer or from you directly. Your insurance company’s attorneys will handle its end of the case, but you will be on your own if you are sued.

Virginia Is a Contributory Negligence State

In some cases, the fault for an accident is shared among the parties involved in the crash. If you break the law by running a red light and negligently strike another car, you are primarily at fault and liable for damages. If, however, it can be proven that the other driver had a headlight burned out or was driving over the speed limit at the time of the wreck, for example, that driver could be found partially responsible for the accident and resultant damages.

Virginia follows a strict contributory negligence rule in personal injury cases. This means that the plaintiff in an accident case must prove that the defendant is 100% liable in order to recover damages. A crash victim who is even one percent responsible for a crash primarily caused by another driver may collect no compensation whatsoever.

If you’re primarily responsible for an accident, you can take steps to seek evidence that the other driver also contributed to the crash and is therefore not entitled to recover damages from you, including:

You can help your own case by remaining at the scene, calling 911 to report the wreck, taking photos of the vehicles involved, getting contact information from witnesses, seeking medical attention, not talking to insurance adjusters, not admitting any fault, and not posting anything about the crash on social media.

Were You in a Car Accident in Virginia?

If you were injured in a car accident that was not your fault, an experienced car accident attorney can represent you, advise you, and help you get the compensation you deserve. Contact us online, start a chat, or call us at 540-341-0007 to schedule your free consultation. You pay no attorney fees until we win your case.