Observing the Statute of Limitations in a Virginia Personal Injury Case 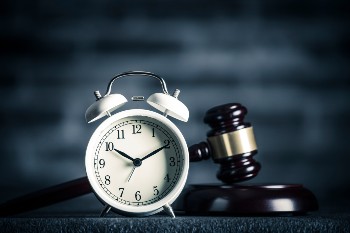 A statute of limitations is a law that sets a time limit for taking legal action. In criminal cases, it limits the amount of time a state or the federal government has to charge and prosecute a suspect accused of breaking the law. In a civil case, the statute limits the amount of time the injured party has to file a lawsuit demanding compensation from the party responsible for the injury.

A personal injury takes place when one party intentionally or negligently harms another party physically, mentally, or emotionally. Examples include vehicle accidents, medical malpractice, dog bites, premises liability, product liability, and wrongful death. If you’ve been damaged by a person, company, or other entity, the state of Virginia gives you two years to file a civil lawsuit against that party in cases of fraud, defamation, or personal injury. In cases of breached contracts, trespassing, or property damage, the statute increases to five years. If you file a suit after the statute has run, your case will be dismissed, and you’ll lose the right to recover compensation for your medical expenses, property damage, lost income, and pain and suffering.

This does not mean that your case has to be resolved in two years; legal action must simply be initiated within that time frame. Most personal injury cases, however, do not begin with the filing of a lawsuit. In a vehicle accident case, for example, the injured party generally files a claim for damages with the at-fault driver’s insurance company first and settles out of court. This means that you or your attorney sends the insurer a letter demanding what you consider a fair settlement. The insurer is likely to make a lower counteroffer, and negotiations begin. If the insurer doesn’t offer a fair award, you have the option of filing a lawsuit within two years and taking your case to court for a decision, but the insurance negotiation process can sometimes drag on for months or longer. The insurer might deliberately drag its feet, hoping to delay resolution until the statute of limitations has run. At that point, you’ve lost the option of filing a suit, and your power decreases drastically because you have no leverage over the insurer. You then have to accept the best offer you can get. A personal injury attorney knows how to fight the insurer’s delaying tactics while keeping an eye on the “clock” in order to file a suit, if necessary, before the statute runs. There are other procedural requirements, as well, that your lawyer can ensure you satisfy, so you don’t lose your right to compensation because you didn’t know about or failed to comply with the court’s requirements.

Tolls and Exceptions to the Statute of Limitations

In most cases, the statute of limitations begins to run on the day of your personal injury and expires two years later, on the day before the second anniversary of the incident that damaged you. If, for example, you were hurt in an accident on March 25, 2023, you would have to initiate legal action by March 24, 2025, at the latest. If you wait until March 25, you will be one day late, the defendant’s lawyer can move for a dismissal because the statute has run, and your case will be dismissed. There are some cases, though, in which the statute “tolls” or pauses:

A personal injury attorney familiar with all the details and exceptions related to the statute of limitations can probably manage to push your filing deadline back to as much as four years after your injury if necessary. It is not a good idea, however, to wait very long to consult an attorney. You should do so soon after you’ve been damaged because the wheels of justice can turn very slowly, and you don’t want to risk losing your opportunity to recover damages. Taking action soon after your injury also means that any witnesses in your case will have fresher memories than they might have a few years down the road.

Have You Suffered a Personal Injury in Virginia?

An experienced personal injury attorney can make sure you comply with the statute of limitations and other procedural requirements. Contact us online or call us at 540-341-0007 to schedule your free consultation. You pay no attorney fees until we win your case.