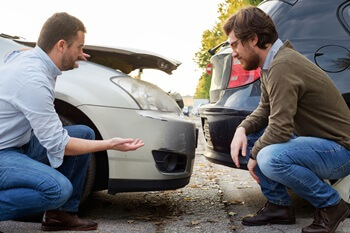 You would expect Virginia to have discarded an ancient common law and sided with the overwhelming majority of states for a more just rule.

Wrong. Along with just three other states and the District of Columbia, Virginia stands for the pure contributory negligence doctrine that says that if an injured person has made any contribution to the accident, even as small as 1 percent, the defendant does not owe any compensation, even if the defendant is 99 percent at fault.

The doctrine of contributory negligence rests on the assumption that a person always has to act for his or her own safety, or this person cannot be compensated. Most states have opted for a system apportioning the fault between the two parties, thus reducing the compensation owed by the defendant to the plaintiff in proportion to the plaintiff's own fault. This is called comparative negligence.

For example, in a state that follows a comparative negligence rule, the driver of a car that was rear-ended could be found at fault for 10 percent if the car's brake lights didn't function. The amount of the compensation to be paid by the driver who struck the car from behind would then be reduced by 10 percent. Under Virginia's contributory negligence rule, such a case would probably deny the plaintiff any compensation, because his or her negligence contributed to the crash.

It is not surprising that insurance companies love this rule. If they can only find an element of negligence in the injured person's behavior, they may bar the plaintiff from any recovery.

What Is Proximate Cause?

If you were cited for some infraction during the investigation of your crash, that does not mean you are necessarily barred from recovering compensation from the other driver. The law says that any negligent act by the plaintiff is not enough to bar his or her claim. The act of negligence must be a "proximate cause" of the injury, which means that the negligence of the plaintiff has a natural "cause to effect" link to his or her injuries. For example, if a car is traveling five miles over the speed limit when another car runs a stop sign and hits it, driving five miles per hour over the limit cannot be held as a "proximate cause" of the accident, since the crash would have happened anyway.

However, the contributory negligence rule creates a dangerous situation for Virginia victims of auto accidents. Both the insurance companies and their experienced lawyers will do whatever it takes to deny compensation, arguing that you contributed to the accident. They could save millions if their argument about your negligence prevails in court, and you could lose everything.

You Need Our Skilled Team on Your Side

If you or a loved one has been injured in a Virginia auto accident, please contact our Warrenton or Culpeper office or call us today at 540-341-0007 to schedule your free consultation. You can discuss your accident case with one of our skilled and dedicated attorneys to see how we can help you secure fair compensation. You pay no attorney fees until we win your case.