Light and Death Situations: Dangers of Improper High Beam Use 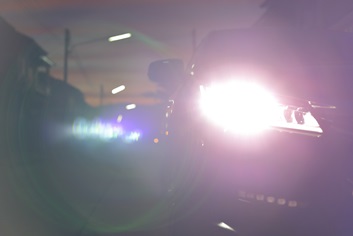 High-beam headlights are designed to help a driver see in extremely dark conditions. High beams are not only brighter than the default headlights, but they are also aimed higher to give the driver a clear view of the entire road ahead and both shoulders on narrow, rural roads. However, they are also aimed squarely at eye-level for oncoming cars, so they are only intended for use when there is no oncoming traffic. Everyone has been nailed by an oncoming car's brights at some point in their driving career, but that doesn't mean they always use them correctly themselves.

What You Risk When You Misuse Your High Beams

Every driver has had (or will have) to drive after the sun goes down. Unfortunately, during those times, you will have a 50 percent greater chance of getting into an accident, according to the National Highway and Traffic Safety Administration. To further these frightening odds, data taken from the Department of Transportation estimates that 85 percent of drivers misuse their high beams at some point. The result: dangerous situations that magnify the risks for blinding accidents in poor nighttime visibility collisions.

If you’re not 100 percent sure of how to use your high beam headlights, leave them off. Otherwise, you could cause one of the following roadway dangers:

Just as easily as you could cause an accident by using your brights improperly, you could be the victim of another driver misusing their high-beams. If you are seriously injured in a crash caused by bright headlights, you might be able to hold the negligent driver responsible for your losses.

The Light at the End of the Tunnel

High beams are meant to help aid visibility during poorly lit circumstances. However, if you don’t know the proper situations in which to use them, or other drivers are oblivious to the times when they shouldn’t be using them, tragic accidents can result. Don’t allow a simple lightbulb to ruin your future; be aware of your high beam use, and take proper precautions when approaching others who are misusing their headlights to prevent tragic and possibly fatal accidents.

Have you already been injured?

Do you feel as though your injuries have left you in the dark?

Call our Virginia injury attorneys at 540-636-7100 or fill out our contact page for a free consultation and to get more information about how our experience can help light your way to the settlement you deserve.

We’re waiting to help you, so call now!