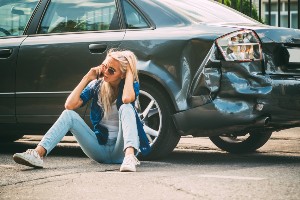 If you’re injured in an accident caused by another motorist, you’re entitled to file a claim against that driver’s insurance company for your damages: medical bills, property damage, lost income, and pain and suffering. This does not mean you must communicate directly with that insurance company. The less direct communication you have with the at-fault driver’s insurer, the better.

It's important to remember that the insurance company is in business to earn a profit for its shareholders. It does so by collecting as much money as possible in monthly payments and paying out as little as possible in damage claims. If an insurance adjuster contacts you after your accident to ask you some “routine” questions, no matter how pleasant or concerned about your health that adjuster might seem to be, the purpose of the call is to find ways to deny or devalue your claim. Adjusters are well-trained professionals who know every trick there is to confuse you, trip you up, and get you to say things that can be used against you later, especially if you’re injured and possibly taking medication. By giving them any information, whatsoever, you provide them with tools to use against you in their attempt to deny you fair compensation.

What Not to Do or Say

Immediately after your accident, report the crash to the police and seek medical attention for yourself and any passengers in your car. You should then inform your insurer of the wreck. If it turns out that the at-fault driver is uninsured, you might have to file an uninsured motorist (UM) claim with your own company, which will then seek reimbursement from the negligent driver through a subrogation claim. You should not contact the at-fault driver’s insurer under any circumstances.

Instead, you should consult a car accident attorney, who will probably offer you a free consultation to evaluate your case and explain your options for recovering damages. If the lawyer agrees to represent you, you should refer all calls and messages from the insurer to your lawyer, who will know how to communicate on your behalf without giving the insurer any ammunition to use against you. Any time the at-fault driver’s insurer contacts you, you should follow the guidelines below:

Once you’ve retained an attorney, refer all communication about the wreck to your lawyer. If you’re still waiting for your first legal consultation, say so and tell the insurer your attorney will be in touch soon.

Have You Been Contacted by an Insurance Adjuster After Being Hurt in an Auto Accident in Virginia?

An experienced car accident attorney can communicate on your behalf and block the insurer’s attempts to devalue your claim. Contact us online or call us at 540-341-0007 to schedule your free consultation. You pay no attorney fees until we win your case.

by Andrew Thomas [email protected]
Connect with me
Civil litigation attorney in Virginia and is AV Rated by Martindale-Hubbell.
Be the first to comment!
Post a Comment