How can I tell who’s at fault in a car accident? 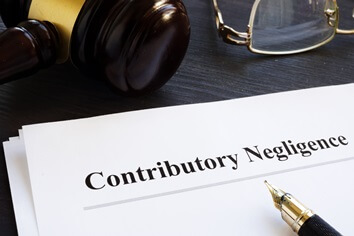 Fault for a car accident in Virginia, where the Virginia Highway Safety Office reports there are more than 100,000 vehicle crashes yearly, can be proven by a variety of evidence. If that evidence shows that one driver bears complete responsibility for the crash, the victim of the accident is entitled to compensation for damages resulting from the wreck, including medical expenses, property damage, lost income, and pain and suffering.

What Is Pure Contributory Negligence?

In some cases, responsibility for an accident is shared between or among more than one motorist. Virginia, however, is one of the few states that follow a pure contributory negligence rule in personal injury cases. To collect compensation for car crash damages in Virginia, you must prove that the at-fault driver was 100% responsible for your accident. If you’re found to be even one percent at fault, you collect no compensation at all, regardless of how seriously you’re hurt, how high your medical bills are, how badly damaged your car is, or how much time you miss from work while recovering. The services of a car accident attorney, therefore, are highly recommended for proving complete liability in a Virginia car wreck.

How to Prove Complete Liability

To prove liability, you must prove negligence on the part of the other driver. This means showing evidence that the at-fault motorist breached their duty to operate the vehicle safely and obey traffic laws. In some types of accidents, it’s fairly easy to determine who negligently violated the rules of the road. For example:

Other Ways of Determining Fault

In addition to physical evidence of negligent traffic violations, other evidence your lawyer can use to prove the at-fault driver’s complete liability includes:

You can help your attorney gain access to such evidence by taking photos at the scene of the accident, getting contact information from any witnesses, calling 9-1-1 to report the accident, and getting medical attention as soon as possible. Do not admit any fault to anyone for anything.

Have You Been Hurt in a Car Crash in Virginia?

An experienced car accident attorney can investigate your accident thoroughly to establish liability and fight for fair compensation. Contact us online or call us at 540-341-0007 to schedule your free consultation. You pay no attorney fees until we win your case.