Who is at fault in a left-turn accident in Virginia? 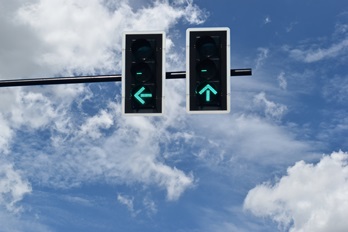 There are many variables in a car accident that make it impossible to say for certain that a driver making a left turn when a crash occurs is always the responsible party under Virginia law. A left-turn car accident is often called a “no-doubt liability” claim because in nearly every case the driver making the left turn will be at fault—but there are exceptions.

Determining Fault in a Left-Turn Crash

Because the driver making a left turn at an intersection is required to yield the right-of-way to oncoming traffic, when a collision occurs, it is often the fault of the left-turning driver. Whether the turning driver failed to yield because they thought they could beat the oncoming car or because they didn't see the approaching car, they will almost always be found at fault if there is a crash.

The three most notable exceptions to this near-automatic ruling of fault in Virginia are the following:

Proving the other driver was speeding or ran a red light will rely mainly on police reports, traffic citations, and witness statements. Fortunately, this type of evidence is usually fairly easy to collect after a car accident, but it will take the help of a Front Royal personal injury attorney to help make sure you are able to show that as the left-turning driver, you were not at fault.

The third exception is the most difficult to prove because the basic Virginia traffic laws state a left-turning driver must ensure the path is clear before starting the turn. However, if an obstacle entered your path unexpectedly or if your car suddenly stopped mid-intersection, it would be a difficult case to place you at fault for these circumstances.

If you were the left-turning driver in a car accident and are fighting to prove the other driver was at fault for your accident, let a Northern Virginia auto accident attorney help prepare your case.

Get Help From a Virginia Auto Accident Injury Attorney

Virginia’s contributory negligence laws make it extremely difficult to file a successful car accident claim without the help of a personal injury attorney. If there is any suspicion that your own negligence caused the accident and your injuries, you may risk losing your chance at a fair settlement.

If you are the victim of someone else’s negligence or carelessness, whether in a car accident or some other type of accident, you have certain rights guaranteed by law. Dulaney, Lauer & Thomas is a Front Royal law firm with attorneys available to help those who have been involved in Northern Virginia accidents and suffered a serious injury.