Should the Drunk Driving Threshold Be Lowered in Virginia? 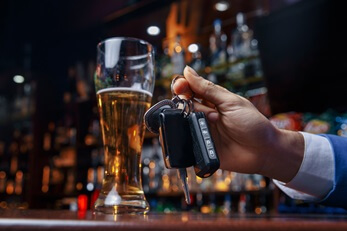 It's been almost ten years since the National Transportation Safety Board (NTSB) voted to recommend that all 50 states lower the drunk driving threshold from a blood-alcohol content (BAC) of 0.08% to a blood-alcohol content of 0.05%. Since the recommendation was made, however, only one state—Utah—has lowered its drunk driving threshold. A recent analysis of data collected in Utah since the law passed in 2018 seems to provide a clear indication that more lives are saved with a lower BAC threshold and that there is very little negative impact caused by the change. We take a look at the study and help you understand your rights when you are injured by a drunk driver in Virginia here.

What Utah's Data Tells Us About Drunk Driving Laws

When the NTSB first made their recommendation in 2013, there was pushback from groups that believed the change would negatively impact the restaurant industry and tourism and would overload local law enforcement with DUI arrests. Even groups such as Mothers Against Drunk Driving (MADD) thought the effort was misplaced and would not be effective in reducing drunk driving crashes and saving lives. However, the results from Utah showed only positive outcomes:

The results of the study seem to indicate that there is no downside to lowering the BAC limit from 0.08% to 0.05%, but it doesn't seem likely that Virginia will change their laws anytime soon.

While it's true that a drunk driver who causes a crash will likely be charged with a crime and could lose their license, pay fines, and even go to jail, that doesn't do much to help you if you have been seriously injured or a loved one was killed in the crash. Instead, you will have to take separate civil action to hold them responsible for compensating you for your losses. The best way to do that is to contact a DUI victims' lawyer as soon as possible after the crash. At Dulaney Layer Thomas, our team will get to work doing the following:

It's important to understand that even if the driver who caused your crash did not exceed the legal limit of 0.08% BAC, they could still be held accountable for your damages. Our team will fight to prove that the driver was negligent in their actions, even if they are not guilty of a DUI under Virginia law.

How Dulaney Lauer Thomas Can Help You