Since the IIHS Started Including Rollover Testing in its Annual List, Vehicles Have Gotten Safer

Buying a safe, reliable vehicle is one step towards protecting yourself on the road. If you are looking for a vehicle for somebody in your family or if you need a new car for yourself, you should take advantage of some of the many research resources available to help you make a sound decision. 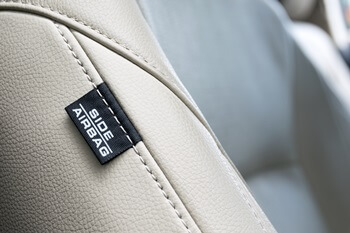 One source of online vehicle safety rating information is the Insurance Institute for Highway Safety (IIHS). The Institute recently released its list of vehicles that earned the Top Safety Pick Plus award for 2022. This year, almost 100 cars, trucks, SUVs, and minivans earned the top award.

For a vehicle to make it onto the IIHS Top Safety Pick Plus list, it must earn good ratings in each of the four most common types of auto accidents: front, side, rear, and rollover crashes. Vehicles must also be equipped with electronic stability control, which according to research, can significantly reduce the risk of a crash.

Rollover Safety Was Added in 2010

Roof strength is a big issue for the IIHS, as a strong roof can protect vehicle occupants in a rollover accident.  When they added rollover crash testing to the criteria for making it onto the Top Safety Pick list in 2010, the number of top vehicles dropped from 94 in 2009 to only 27 in 2010. In the decade since then, however, the number of vehicles earning a top safety rating has climbed back up to nearly 100 in 2022. Clearly, automakers responded to outside pressure to increase the safety of their vehicles in rollover crashes.

Rollover accidents killed over 7,000 people in 2020, and according to the IIHS, a strong roof can reduce the chance of dying in a rollover crash by about 50 percent.  The institute defines strong roofs as those that are twice as strong as the current federal standard.

While Japanese imports like Honda, Subaru, Nissan, and Toyota dominate the small and midsize car categories, American automakers Ford, GM, and Chrysler appear on the truck, SUV, and minivan lists. European companies like Volvo and Audi have several models in the luxury vehicle categories.

Pressure from ratings like the IIHS Top Picks list is one reason that today’s vehicles are safer than those from years past.  According to the IIHS, in 2010, 99 percent of SUVs, 92 percent of cars, and 66 percent of pickup trucks were equipped with standard side airbags that include head protection. Starting in 2013, all vehicles sold in the United States were required to have additional side-impact protection, including airbags, making 2022 and 2023 vehicles the safest that have ever been available in the U.S.

Crashes Still Cause Injury—Call Us If You Need Help

If you need help after a motor vehicle crash, the attorneys at Dulaney, Lauer & Thomas can help you. Please contact one of our Northern Virginia offices to discuss your case for no cost or obligation with one of our experienced auto accident lawyers.

by Richard A. Dulaney [email protected]
Connect with me
Richard has over 30 years of experience in personal injury law.