Misusing Highway Shoulders Could Cause a Crash 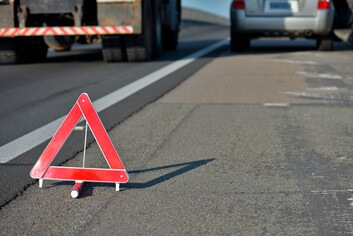 Over 20,000 people die each year on U.S. highways due to carelessness, drivers not paying attention, and a blatant disregard for traffic laws. There seems to be an alarming increase of drivers who feel entitled to drive however they want with no concern for what may happen to themselves or others.

One example of this entitlement is exploiting emergency lanes for personal use. Not only does this cause traffic problems and resentment from those who are obeying the rules, but when a driver uses an emergency lane or shoulder to bypass traffic, he’s risking far more than he may realize.

What You Risk When You Misuse Emergency Shoulders

When a driver breaks the law and drives on the shoulder, they endager not only themselves, but other drivers and their passengers. Risks of misusing an emergency lane include:

Protecting Yourself From the Bad Decisions of Others

Unfortunately, even when you follow the rules and try your best to protect yourself and your family, the hard truth is that other peoples’ stupidity can cost you dearly. However, no matter how frustrating it can get, if you obey the traffic laws, you shouldn’t be liable or responsible for your injuries.

Contact us today for a free consultation and review of your case and claim. We can help make sure that you get the proper representation, guidance, advice, and support that you need, in order to get the compensation that you deserve. Call us at 888-907-2631 now to further protect your family.