What should I do if I’ve been rear-ended? 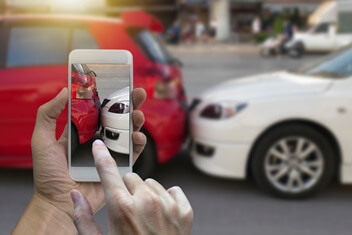 If you’re rear-ended by another motorist in Virginia, there are steps you can take right away to strengthen your insurance claim against the at-fault driver. Every motorist has a duty to drive safely. Doing so includes following another vehicle at a safe distance to avoid a rear-end accident if the car ahead should stop suddenly. Nonetheless, rear-end crashes account for approximately one-third of all U.S. car accidents resulting in injuries. In Virginia, they’re most likely to occur at busy intersections in the summer months when thousands of tourists visit Shenandoah.

Rear-end wrecks occur most commonly in heavy traffic, especially where cars are traveling at high speeds. The causes of such accidents include:

Injuries frequently sustained in rear-end crashes include fractured bones, organ damage, lacerations, internal bleeding, whiplash, spinal cord damage, and traumatic brain injury (TBI). If you suffer these or other injuries, you may submit a claim against the at-fault driver’s insurance company for your resulting medical expenses, as well as property damage, lost income, and pain suffering.

What Is Contributory Negligence?

Although the driver of the car that rear-ends you is probably responsible for your accident and liable for your damages, you might be assigned partial fault for the crash in some scenarios:

The Commonwealth of Virginia follows a strict contributory negligence rule in personal injury cases. This means you can be deprived of your right to compensation for damages if you’re found even one percent responsible for your accident. The at-fault driver’s insurer knows this and is in business to make a profit by collecting high monthly premiums and paying out as little as possible in accident claims.

The insurance company, therefore, is very likely to accuse you of being partially at fault in the wreck, even if you really aren’t, in order to scare you into accepting an unfairly low settlement before you even know what your total medical expenses will be. You should not accept such an offer without consulting a car accident attorney. If you don’t have a lawyer, the insurance company knows you’re unlikely to file a lawsuit and take your case to trial on your own. If you do have an attorney who’s willing to fight for you in court, however, the playing field is leveled, and you’re apt to be offered a more reasonable award since the insurer wants to avoid the trouble and expense of a trial as much as you do.

If you’re physically able, you should move to safety, call 9-1-1 to report the wreck, take photos of both vehicles and the scene, exchange information with the other driver, get contact information from witnesses, seek medical attention as soon as possible, notify your own insurer, and contact an experienced car accident attorney who can work to prove the at-fault driver’s complete liability and fight in court for fair compensation if necessary. Contact us online or call us at 540-341-0007 to schedule your free consultation. You pay no attorney fees until we win your case.